Dylan Dodds is an aspiring stand-up comedian. He thinks because he’s watched a lot of comedy that somehow means he’ll be good at it. After spending a year honing his material in various hovels throughout London (sometimes in front of as many as 10 people!) he hubristically decided to perform a split show at the world’s largest Arts and Comedy festival.

For the uninitiated, a split show means around four people performing four sets in one hour. For Dylan this means carefully preparing 15 minutes of material, doing the first five, going off on a tangent because he’s lost his place and then deciding he’s sick of talking to people in the audience and leaving after a failed one-liner at the 11 minute mark.

Dylan likes writing introductions to his articles, eggs and talking in the third person.

Here, we present the unabridged diary of his experiences at this year’s Edinburgh Fringe Festival…

Finally ready to drive up North.
Finally ready to head to the Fringe and take part as more than a spectator for once.
Staying at a relatives on the way to make the drive more bearable.
Questioning why I decided to drive in the first place.

Manowars ‘the Absolute Power’ live show will power my journey. All three hours of it. Unfortunately the only way I can listen to this in my car is by using my phone to send internet to my laptop which is then plugged into a radio transmitter which I then tune my car radio to. Perhaps CDs would have been a better idea.

Oh, also, my festival got off to a terrible start this morning with the cat jumping up and scratching my bell-end.

Already seen Stewart Lee and Bridget Christie. Not as funny when they’re standing in a train station.
This could be a good omen though.

First show today. I feel neither excited nor terrified. Which I guess means it will be average – either that, or I’ve finally achieved a state of emotional repression even Spock would be proud of… 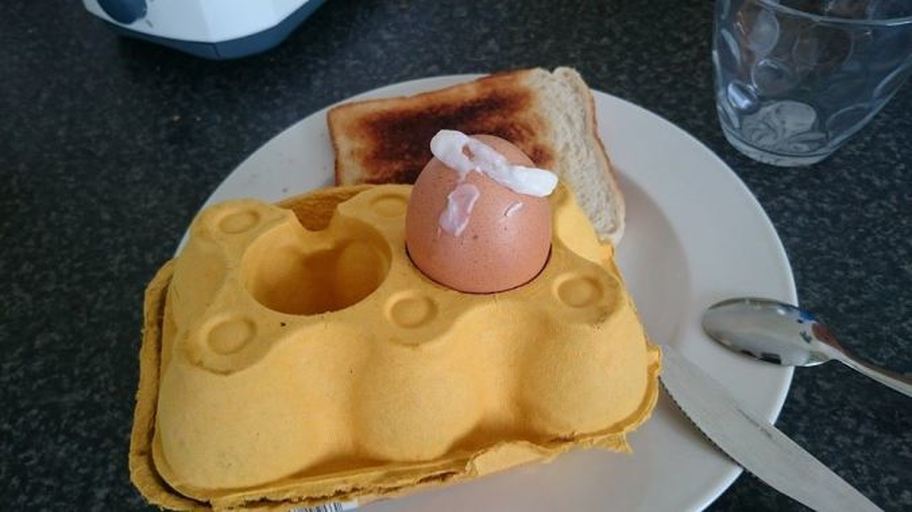 Number of people I know that I’ve bumped into: 4
Number of those people I want to spend time with: 0

I am politely informed by my fellow comedians that today is known as “Black Wednesday”.

I am politely informed by passersby on the street that they don’t want flyers.

I mean, silence is a kind of politeness, right?

Befitting of its name, today’s show has our lowest turnout and yet our highest number of walk outs…

Unfortunately, I am going on last today and the audience numbers drop from twelve to two by the time of my set. So I just try and speak to them like normal human beings. I could do with the company by this point.

The remaining man kindly describes my set as “cathartic”.

Later we find a flyer where someone had written a note to their mate saying “this is awkward as FUCK” – with “FUCK” underlined three times.

So it’s come to this; putting out a message on Facebook to try and find some company: “Does anyone want to go see a celebrated Lecoq company present their award-winning five-star sell-out spin on Spielberg’s classic Jurassic Park?”

Starting to get a little concerned at my inability to find guest spots. People said they were easy to come by in Edinburgh; but no luck so far. Despite my spreadsheet.

Just spent about half an hour lost in a seemingly abandoned night club looking for some toilets before a show. In terms of drinking, last night was the heaviest night so far. If I’m going to shit myself, today will be the day.

Somehow left myself over half an hour to walk to my next show for the first time. Looking forward to seeing my first piece of theatre. Also to the prospect of arriving somewhere and not being out of breath.

It’s not Edinburgh until you’ve had to apologise to someone for forcing them to watch some utter garbage.

Success, first guest spot! I thought it went well. Afterwards had to sprint along Cowgate to grab some flyers for my show. Gave away three!

Just had a promoter who didn’t recognise me by face, despite us meeting several times, say my name had been mentioned to him on the circuit. This could ruin my plan of starting afresh with a stage name once I feel like I know what I’m doing.

Just had a guest spot, which was going well despite being in front of my biggest audience yet, get cut short for a last minute pro headliner. It’s a dog eat dog world up here, and I am crouched in the handbag of a Hilton trying not to be seen.

I’m getting sick of watching stand-up so I finally made it out the flat in time for a show that starts before midday. I’d bought tickets and everything – only to discover there are no trains in time due to something called “Sunday”. It’s the bloody Fringe – every day is like Sunday! Ten pounds down the drain.

I’ve had a first-hand glimpse of the negative effect the Fringe can have on a comedians psyche. A fellow comic complained to me about people with charity buckets taking away change that people could be giving to free Fringe shows. I pray I never become like him.

I’ve now became so desensitised to stand up that I was comfortably sitting at the back of a show I had a spot in (success!) while reading about the migrant camps in Calais and still laughing along to the show.

Although this created one awkward moment when I laughed out of time after reading about a militia called “janjaweed”.

I came to the fringe to learn and if I’ve learned one thing it’s that next year I’m going to watch a lot more theatre.

In a last minute effort to make up for lost time I’ve crammed in three guest spots today and had my most enjoyable day! I think I’d quite like to come back next year…

Signing off until then,

PS. My meagre earnings have been spent on the way home.… begrudgingly given to a not amused petrol station attendant in small change.